It is asparagus season in Wisconsin! Let’s celebrate the season with three reasons to include asparagus as a potent healthy addition to your plate!

High Nutrient Density Asparagus provides a powerful punch when it comes to getting your recommended dietary allowance of nutrients. It is an excellent source of B vitamins including folate, B1 and B2. Those B vitamins are water-soluble and easily consumed and destroyed in the body. We need to eat sources of B vitamins daily in order for proper metabolism and optimal body system function. Asparagus also is an excellent source of vitamin K which functions in blood clotting and maintaining bone density.

Many other nutrients in high concentrations are found in asparagus. If you are looking to optimize your nutrition, asparagus is an excellent choice! (article continues below) 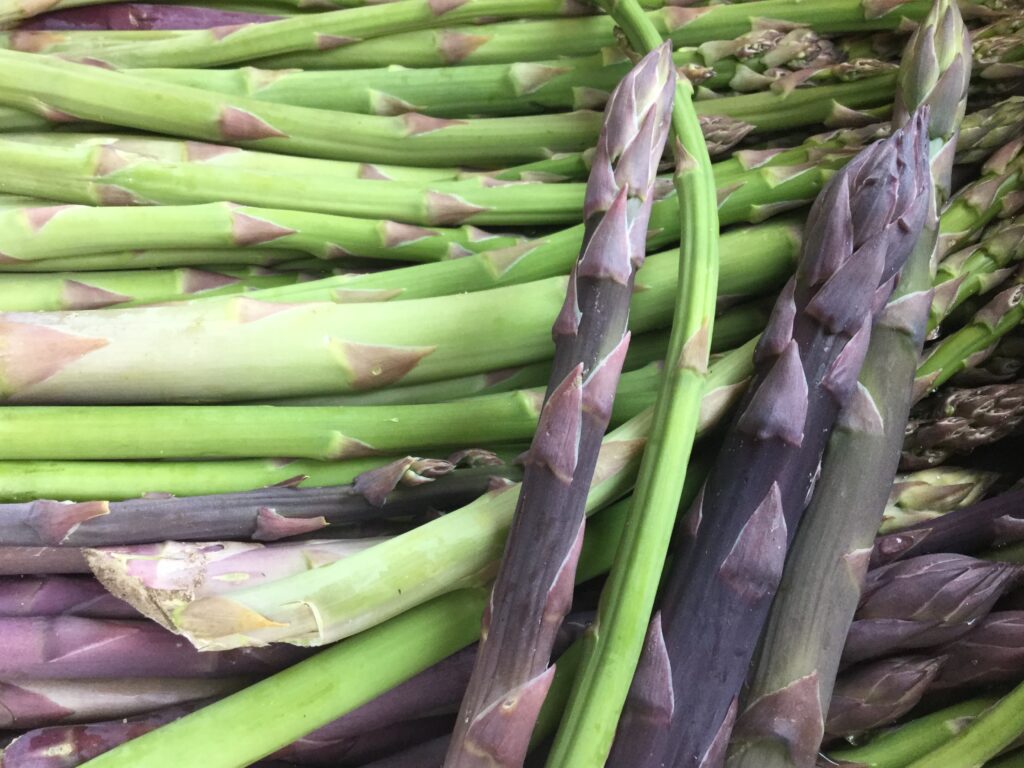 Glutathione This molecule is often referred to as the body’s “master antioxidant” and is even beginning to be clinically measured as a predictor of our lifespan! Our bodies internally produce glutathione in order to fight off nasty free radicals and inflammation. Low levels of glutathione and often concurrently high levels of inflammation are found in many chronic disease states.

Asparagus is a super-source of glutathione. It contains glutathione in high concentrations, uncommonly in its pre-formed state, and alongside many cofactors that help glutathione do its sincere internal magic. If you are focusing on optimizing detoxification, longevity, and effectively decreasing inflammation, asparagus is an excellent addition to your weekly diet!

Pro-tip: The above nutrients are very sensitive to cooking and oxidation. If you cook your asparagus, limit cooking to 3 minutes or less to keep those nutrients active.

Pro-tip: The purple variety of asparagus has additional antioxidant power, so make sure you get both the green and purple variety!

Digestive Health We couldn’t recognize asparagus’s health benefits without including the amazing impact it has on our digestive system. Asparagus is an excellent source of both insoluble and soluble fiber. This means many great things for the health of both the gut and your entire body. Fiber is linked to lowering LDL, stabilizing blood sugar, and increased nutrient absorption, promoting healthy blood vessels and effective weight management.

A special shout out goes to the ability of asparagus to help balance your microbiome. In other words, asparagus potently feeds our good bugs which in turn fends off and drives back the troublesome bad bugs. Further, as these good bugs feast on the fiber in asparagus, they produce by-products (short-chain fatty acids) that fuel your intestinal cell lining, further promoting gut health!

Pro-tip: In order to optimize this benefit, eat raw asparagus on a salad. Give it a try, it has a crunchy and refreshing taste!

The Grand Opening Day for the Sunday market at the Labor Temple was amazing…and just a taste of what’s to come for the rest of the Spring, Summer and Fall.

This week…we’ve got more excellent local flavors and products – Layla’s Persian Food will be on the menu, as well as SuperCharge Foods, AMAZING chocolate from local chocolatier Elizabeth Crawford. Mighty Roots Plant Starters will be offering up a number of your favorite garden plants AND giving away free laptop computers!

Of course, there will be a beautiful array of hanging baskets and other annual flowers in addition to early season produce! 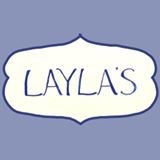 Just like his farming journey, Robert Pierce, Manager of the South Madison Farmers’ Market (SMFM), has struggled to keep the market in existence. But in the past 12 years, he has kept it going despite the lack of continuity of vendors selling their produce at the market.

“Vendors come and go from our market. I don’t blame them; they need profit. But that’s the thing–when we serve fresh food to a food desert community such as in South Madison, profit can’t be the ultimate goal. There are others elements that we should embrace too as important as getting profit,” Robert shared about how vendors could have been a key.

For some, he may be perceived as a difficult person to work with. But he is who he is because of his journey being an African American urban farmer over the past three decades, protecting his community. Although glad that local food is gaining in popularity, Robert observes that the local food movement in Madison has forgotten about the socially or culturally marginalized consumers living in South Madison. Very little of the scene in Madison is concerned with truly building food justice.

“Another dimension of food justice is empowerment, to be more independent. Maybe, we have to grow our own food, just like what I have done for my family. This way we don’t have to rely on others to get our food,” Robert continued.

In the fall of 2013, he started a collaborative project with students from the UW-Madison’s Nelson Institute. He looked for extra support to continue the market.

“I don’t really want do this,” he once said to these students about managing the market, “but I need to, otherwise who else?”

He was also firm, “I want this market to have a clear future for its sustainability.”

After working with two groups of Nelson students engaging vendors and community groups, Robert then connected with Jerome Dillard, the Dane County Jail Coordinator. He would like to learn on the possibility of empowering formerly incarcerated individuals through urban agriculture. Students followed up to connect with the Director of Reentry Service at the Nehemiah Center for Urban Leadership Development, Anthony Cooper.

“Getting employment is a constant struggle for these people with criminal history. It is not only about the lack of skills or confidence, but particularly some negative perceptions about their history. Working with them to become an urban farmer and set up an own business entity have potentials,” Anthony suggested with confidence.

“But being a farmer is not for everyone,” Robert made it clear. “We need to find those who are genuinely committed to the cause of South Madison’s food injustice.”

In the spring of 2015, Robert, Anthony, and students developed a plan to identify future farmers from the Nehemiah’s ManUp program. They also put together a proposal to the Ira and Ineva Reilly Baldwin Wisconsin Idea Endowment. The proposal was approved for a two-year project starting next month, July 2015.

“We will identify two to three future farmers and work with them to learn about commercial urban agriculture with Will Allen at the Growing Power Milwaukee,” Robert illustrated the plan.

“We will then work with them in actually growing food on farmland, kindly provided by the Madison Metropolitan Sewarage District, selling the produce at the market, and maybe selling at other places,” Robert detailed further.

“It is more than just about farming, this project is about giving these folks confidence that they could be a leader to their community, unlike the negative perceptions toward them,” Anthony explained about the project.

“I have zero knowledge on urban farming. This collaboration with SMFM opens a new set of resources for an innovative reentry program. I look forward to working together with all partners,” Anthony enthusiastically responded to the recent approval of the project by the UW-Madison’s Office of the Provost.

“We certainly need more support. We have a plan, but this two-year project is just the initial effort. The project will fund the training, and provide stipend to the selected farmers during the growing season. They will also benefit from the revenue from selling the produce,” Robert further explained about the project.

UW-Madison’s Morgridge Center for Public Service and the Dane County UW Extension are also members of the partnerships.

For questions about the project and/or how to support, please contact Abby Jackson. 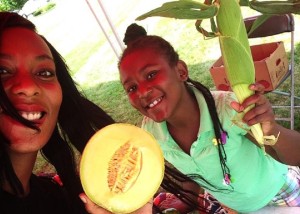 New vendors are joining the South Madison Farmer’s Market in 2015! Even more exciting is our new location at Meriter Hospital on Wednesdays from 2 – 6 PM.

Please visit us on our first market of the year on Sunday April 26th at the Labor Temple at 1602 S. Park Street. We’ll have a variety of early-season crops such as greens, broccoli, kale  as well as vegetable starters, grass-fed beef, and more!